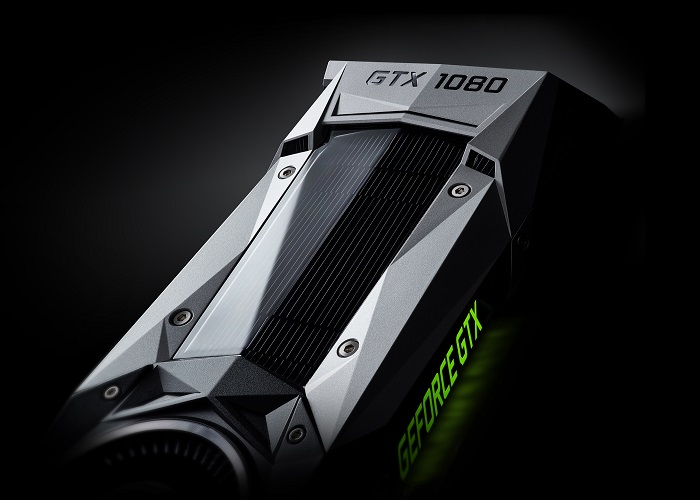 we had months of rumours and leaks with the next and most promising generation of Nvidia graphics, which is known under the name of Pascal, and the fine early this morning the green giant has released two of the solutions star of its new generation, the Nvidia GeForce GTX 1080 and 1070.

One of the major innovations of this generation Pascal is his process of manufacturing FinFet 16-nanometers, currently the manufacturing process is more advanced in a graphics card and for the first time the memory usage GDDR5X are two of the recent developments discussed during their presentation.

now is the most powerful model of Nvidia in the absence of the launch of the possible GeForce GTX 1080 Ti and a new Titan. This new GTX 1080 exceeds in performance to two GTX 980 -SLI configuration – and the all-powerful Titan X. All of this costing a lot less, since the market price will be $599, it is obviously not cheap but content given the specifications.

For this performance, Nvidia has worked hard also on the efficiency, since it is able to work in clock frequencies of 1.7 GHz, with a consumption of 180 W, in addition to that, thanks to the addition of the memory GDDR5X, you get a bandwidth of up to 10 Gbps in its 8 GB dedicated on a bus of 256 bit. All this makes the sum a calculation processing of 9 TFLOPS. Will be available from the may 27 at a price of $599 and $699 for the version “Founders Edition” Nvidia has not commented.

Possibly the GTX 1070 to become the model for the next generation sold, since that will provide a very good performance with a price a lot more content his older sister the GTX 1080. In addition, the CEO of Nvidia has confirmed that the GTX 1070 also outperforms the Titan X, without a doubt, a surprise for a card that start with a price of $379. It will also have a dedicated memory of 8 GB, but this time it has opted for GDDR5, the current solution of the vast majority of graphics market.

On this card, Nvidia has not given too much information, as you will see in the comparative table, have only commented that they will have a power calculation of 6.5 TFLOPS, although it is unknown the number of CUDA cores or their consumption. As in the GTX 1080 will be a version “Founders Edition” for $449 and will be available for purchase starting may 10. 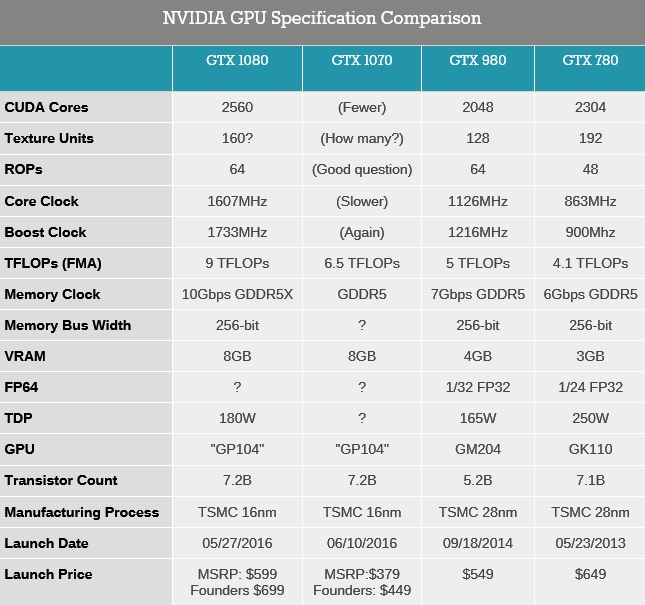 ¿What you seem to be the new Nvidia graphics?